Collectively, the ten highest-earning video gamers earned over $120 million in 2019.

Seventeen million of that is thanks to “Ninja,” the famous 28-year-old Fortnite player, who turns his epic views into endorsements, sponsorships, and fees, gaining him an impressive income. He’s one of many people who essentially gets paid to play video games.

To anyone that doubted a video game obsession could take you far—who’s laughing now?

Not only do video games have the potential to be profitable, but they’re good old-fashioned fun, and there’s nothing wrong with that.

Are you wondering how to get better at video games? Whether you’re trying out a new side hustle, streaming yourself on Twitch, or competing in competitions with your buds, this guide will provide tips for making that a possibility. Keep reading, and game on!

1. See How the Pros Are Doing It

If you’re stuck on a certain part of the game or simply want to see how another person navigates the controls, you’re in luck.

Thanks to streaming platforms like Twitch, YouTube, and all their counterparts, you can see exactly how another gamer approaches a specific game. Walkthroughs allow you to virtually walk in someone else’s shoes. You can apply the things you learn to your own game progress.

You can Google something specific, like “how to harvest fruit trees in Animal Crossing,” or keep it general and watch someone play The Last of Us from start to finish.

2. Upgrade Your Gaming Platform, Whatever It Is

Your gaming device, mousepad, controller, keyboard, computer, Xbox—whatever you’re using to play has a lot of influence on your ability to do well at a game or not. This point even includes things like your internet connection; when was the last time you had its speed tested?

If you’re doing something like using an emulator, first, read this Xbox emulators guide for tips on how to improve your gameplay. Next—and this is only if it’s a possibility—you’ll want to use the device you’re supposed to, i.e., an actual Xbox vs. an emulator. Simply put, while emulators are convenient at times, they often lag. The probability of glitching will likely impede your ability to play at your best.

Affording the newest model isn’t always a reality, so in the meantime, make affordable updates (such as a smart controller or wireless mouse) and keep your devices updated.

What do you sit in as you play video games?

In your attempt to get better, you’re probably logging more hours in front of the computer or television. If that’s the case, there’s plenty of reason to consider upgrading your gaming chair situation.

Are you in a supportive posture? Or do you leave a gaming session feeling weak and sore?

Take stock of your chair and think about getting something more constructive. Several models on the market provide structure, breathability, and comfort at the same time as they’re supporting the natural curve of the spine. Some even have fun features like neck pillows or cup holders.

Just like everything else, you’ll need to practice to hone your skillset. Good gaming takes work and requires time and dedication as well as hands-on action.

This step begins with knowing your game.

Depending on the game, you might play in several different characters’ shoes or play various roles. Other games leave you as one character but require you to learn many skills—like Zelda’s Breath of the Wild, for example. So, once you know what you want or need to get good at, you can build a structured gameplay schedule that focuses on improving your shortcomings.

Something worth noting is that you should include breaks in your practice for things like healthy meals, water, and even physical activity. If you think that’s not worth your time, think again. When your body and mind are fueled up, your gameplay will be, too.

When it comes to fantastic, fun games, it’s easy to get sucked in. You might sit down to play for 15 minutes and wake up from a gaming coma four or more hours later. These habits quickly become unhealthy, affecting one’s physical, emotional, and mental states.

With your structured, thought-out schedule, you can avoid binge-gaming. Block out times for snacks, meals, and water breaks, as well as movement breaks. That might look like stretching, taking your dog on a walk, or a full-blown workout between gaming sessions.

The health and well-being of your person translate into better gaming. Why? Because you’ll be mentally stimulated, physically fueled and attentive, and mentally stoked on your focus.

6. Game With Other Gamers—Especially Better Ones

Just as you would take business advice from mentors, so, too, can you play with better gamers than you. They’ll likely have tons of advice to impart, from how to get better at using the controls to how to defeat a certain boss.

For one-person games, play next to them and have them observe—see what they have to say about your performance. For multiplayer games, play with them and see how they navigate a screen. There’s much to learn from others who’ve put countless hours into achieving the same mission as you.

Now You Know How to Get Better at Video Games—Go Forth and Slay!

Getting better at video games is a fun endeavor. Whether you’re doing it for business or pleasure, it has the potential to be rewarding, tons of fun, and maybe even lucrative. If all else fails, you’ll at least have enjoyed the ride.

You’ve learned how to get better at video games—now it’s time to apply your new knowledge. Have fun and good luck, young grasshopper.

For more awesome articles like this one, you know where to go. We’ll see you back on the blog. 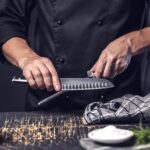 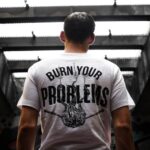 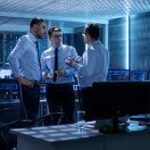 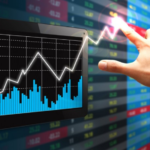