If you’re addicted to playing video games, then you might already have dreams of making money while you play.

It might even sound like a myth since we’ve heard all our lives that video games are no good. Yet, there are ways that you can make money playing video games. You never know, but you may find your dream job online, so don’t give up and keep looking!

Imagine playing your favorite video game for hours and making a living off of it. Sounds too good to be true, right?

We’re here to walk you through the process of the best ways that you can play video games and earn money. Be sure to keep reading for our ultimate guide on how to make money playing video games.

If you’ve ever seen famous YouTubers playing games and making money, then you might want to know how to get in on the action.

Starting your own YouTube channel is going to take time lots of time and commitment. Growing a fanbase of dedicated subscribers doesn’t happen overnight.

Plus, you aren’t going to be making any money from YouTube right away, either. Monetization from YouTube doesn’t happen until a channel reaches 1,000 subscribers and 4,000 watch hours within the past year.

Once you reach these milestones, then you’ll be able to earn money by playing games on YouTube with no problems.

Posting commentary gaming videos can help attract a wide range of viewers. Your subscribers are going to be into the game that you’re playing. They also want to know more about you as a gamer.

If you’re looking to post commentary videos, then you might want to link up with some friends to make your videos more unique.

Another type of video that you can post is reviews. These videos can attract people that want to play a new game or people who value your opinion. If people see you as a professional gamer in the YouTube world, then subscribers will come to you for your opinion on video games.

The last type of niche content that you can post as a gamer on YouTube are how-to tutorial videos. People who want to learn how to play specific games will watch your videos. Some people even like to see these types of videos when they want to know more about a particular game.

Becoming a video game streaming online is another prominent way to play games for money. One brilliant way to do this is streaming for Twitch.

The requirements to get monetized on Twitch are much laxer than on YouTube. In fact, many streamers can get monetized within a month as long as they post engaging and relevant streams.

Remember, there are a ton of other content creators that you’re competing with on Twitch. It can be rather complicated for you to stand out amongst the competition when everyone is doing the same thing.

If you stay dedicated and take the time to grow your fanbase, then you can make money gaming and streaming.

One smart way to get followers to your twitch stream is to focus on streaming one game. While Twitch lets you pick any game that you want to stream, it is better to choose a niche when trying to gain more followers.

As a streamer, you’re going to have fans that look up to you and value your opinion. One great thing that you can do is recommend them great deals when they come around, whether it is on new games, computers, or accessories. Letting them know to check out lenovo.com for their upcoming Black Friday sale is a phenomenal way to help your fans find the best deals.

Becoming a video game tester might be many people’s original dreams when they wanted to get paid to play games as a child. The best part is that you can still do this!

Game developers are looking for real people in real gaming environments to play their video games. They want them to spot bugs and any issues before the release day.

The job might sound like a dream come true for many people, but it is a lot of hard work. You’re going to need to test every single aspect of the game, and you’ll need to take detailed notes while doing it.

Being a video game tester doesn’t mean that you get to sit on the couch and relax while playing video games all day.

Instead, you will be looking into how a regular player could break the game and make sure that everything functions as it should.

Another downside of being a video game tester is that you won’t always get to play the games that you want to play. Not all games are going to be the ones that you think are the most exciting or exhilarating.

Unfortunately, competing in video game tournaments isn’t going to give you a steady income. Yet, if you continue doing them and you do well, then you will see the cash rolling in.

The prizes at video game tournaments can be very generous. Some of the biggest prize pools were around 30 million dollars. Even smaller tournaments still have an enormous prize pool.

Many of these tournaments revolve around games like Call of Duty, Fortnite, League of Legends, and tons of others. If you can find one with a game that you excel at, then you should sign up.

You’ll find some tournaments even include team games. You’ll create a team and practice with them for months leading up to the big day. On tournament day, you will work together to beat the other teams and eventually share the prize pool if you’re good enough to win.

Some video game tournaments will be in front of live audiences, while others are all online.

Write for a Video Game Blog

If you enjoy writing, then you’re going to love writing about the video games that you’re playing. It is a great way to put two passions together.

One of the easiest ways to make money by blogging is through affiliate links. These are links to products or services that you can include in your blog, and you will get a small commission from when people purchase after clicking them.

Being a video game blogger gives you the versatility to let you express yourself about the video game world when you’re not playing video games.

If you consider yourself an expert at any particular game, then you should offer your services to paying customers. Becoming a video game coach for people that want to play competitive games is a great way to get paid while playing games.

Many people want to hire coaches for games like League of Legends or Overwatch. These are games where they might enter tournaments that pay massive prizes later on.

Video game coaches can make over $25 an hour, depending on how good they are at their job. They might even start charging more if their services are in high demand.

Many people who become video game coaches have started on a social media platform like YouTube or Twitch. Many people have watched them play and already know how good they are at what they do. The person requesting their services wants to be a famous gamer like them or even learn how to stream as they do.

Video game coaches might even already have won a tournament or two in the past. You should make sure that you have something to show for yourself if you’re trying to become a video game coach.

As you can see, there are so many different ways that you can make money playing video games. Some of them are going to require a bit more effort than others, but they’re all jobs that you must work at regardless.

You’ll need to devote a lot of your time and dedication if you’re looking to make gaming your full-time job.

If you’re looking for more gaming advice or news about tech, then our website is the place to be. Make sure to keep scrolling for more awesome posts.

Previous Post: « Latest MacOS Update: Everything You Need to Know About Big Sur
Next Post: How to get the best shipping deals on eBay? » 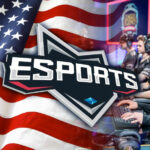 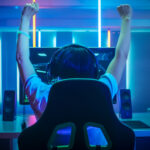 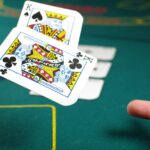 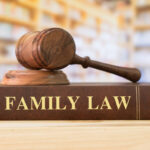 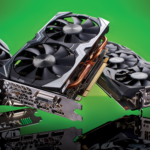 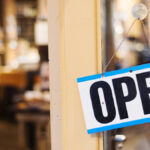