After careful deliberation between party types (narrowly avoiding the played-out tragedy that is a toga party), you’ve finally landed on holding a big video game-themed bash for all your friends. The trouble is, no one considers watching you play through Dark Souls again to be a party.

So, what things can you implement to make sure this party goes off without a hitch?

Well, we’re glad you asked. It’s time to take a look at our ultimate guide to hosting video game parties, whether you’re a veteran or beginner!

So without further ado, plug in your controllers and hit the start button!

The first tip to consider when throwing a video game party is that you need to have something that everyone in the party can get involved in. This means you need to throw the single-player games to the side for now and focus on multiplayer endeavors.

For small parties, classic multiplayer titles like Mario Kart and Wii Sports are great picks. Remember, not everyone at the party might be as into video games as you, so you’ll want to pick something with a low barrier of entry (less Mortal Kombat, more Super Smash Bros.). If you’re looking for something a little more indie (and less expensive), competitive dungeon crawler Crawl and madcap platformer Ultimate Chicken Horse are solid picks.

For larger parties, you’ll want to find the kind of games that people can enjoy watching others play in addition to playing. The Jackbox Party Pack series is a great option, as it revolves around fun comedy games that everyone can laugh at and enjoy. It can also support 5 to 8 players (and more if some people want to be audience participants) and requires only a smartphone with an Internet connection for controllers.

Games that get people up and moving are also great for parties. The Just Dance series is a hallmark of this genre, as is Dance Dance Revolution. If you’ve got the cash to go retro, digging up an older console and peripheral instruments to play 4-player Guitar Hero or Rock Band is another surefire hit.

Another factor to circle your game choice around is the specific theme of your party. Are you looking to celebrate Nintendo’s whole library, or do you want to dissect the latest Warframe patch with friends? Getting this theme established ahead of time not only helps you get an idea of what games you need, but lets you spread the word to your guests so they know what to expect coming in.

Once you’ve got your game selection, it’s time to make sure you have the equipment you need to run it all. If your gaming setup is nothing but a PS1 and an old TV, i’s time to spruce up your lineup before throwing a big bash.

Get enough consoles and monitors to make sure that everyone at the party has the chance to play something. If you want to pull everyone into a PC game, you can look here for more cheap gaming laptops you can buy for the guests to use.

If you don’t have the cash to go all out, try asking friends to bring their monitors and computers to the party. You can also ask to borrow their games to buff your game selection for the party.

No party is complete without food and drinks, so make sure you’ve got a spread ready with more than enough for all your guests. Since it’s a gaming party, make sure to limit food and drinks to a designated area so nothing gets spilled on your gaming computers or consoles.

If you’re looking for a little more flexibility, try picking more console-friendly food (like finger sandwiches) that don’t leave a greasy or dusty residue on people’s hands. Cups with lids will also help reduce the likelihood of spills.

Snacks are also a great way to tie into whatever party theme you have planned. Cookies in the shape of 1-Up mushrooms, Hylian shield pancakes…the sky’s the limit!

Before the party starts, you’ll also want to find a space to hold it where there’s enough room for everyone to spread out and play without getting cramped. You should allow bonus space if you plan to include games where the player moves around (like Just Dance) or games that use a VR headset. Otherwise, you risk people tripping over one another and either hurting themselves, someone else, or breaking something.

It’s also important to allot a break space where people can go when they don’t want to watch or play games. Some people find the constant visual and auditory stimulation of video games exhausting, and when combined with a party, it’s good to have somewhere people can decompress.

Remember the old days of going to the arcade, winning tickets from the games, and redeeming those tickets for prizes? Well, you can bring back those glory days with your party by offering prizes for game winners or those who master a particularly difficult challenge in a game. You could even hold a tournament and put up prizes for the champion.

Prizes are also a great way to help incorporate your party theme. For example, if your party is Pokémon-themed, give out small Pokémon plushies to whoever wins the most trainer battles.

And there you have it! Now that you have our guide on hosting video game parties, you’re ready to throw the ultimate bash yourself and make it something you and your guests will never forget! And if you’re looking for more fun party and socialization ideas, make sure to check out the rest of the articles on our blog!

One last note: don’t forget to test all your controllers before the party. Our friend Craig is still sore about the Street Fighter tournament at a party he lost 5 years ago due to a “drifty joystick”.

Previous Post: « Rain Eye Drops Has Pro Tips If You’re Worried About Eye Strain From Tech Devices
Next Post: iGaming to Make Waves in 2021, But Not in Nevada » 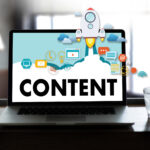 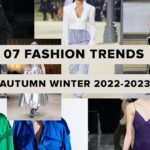 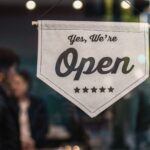 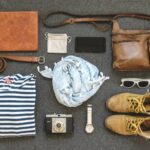 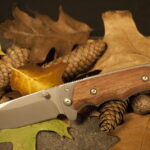 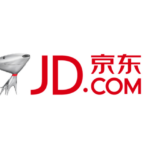 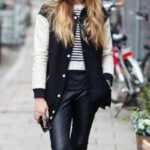